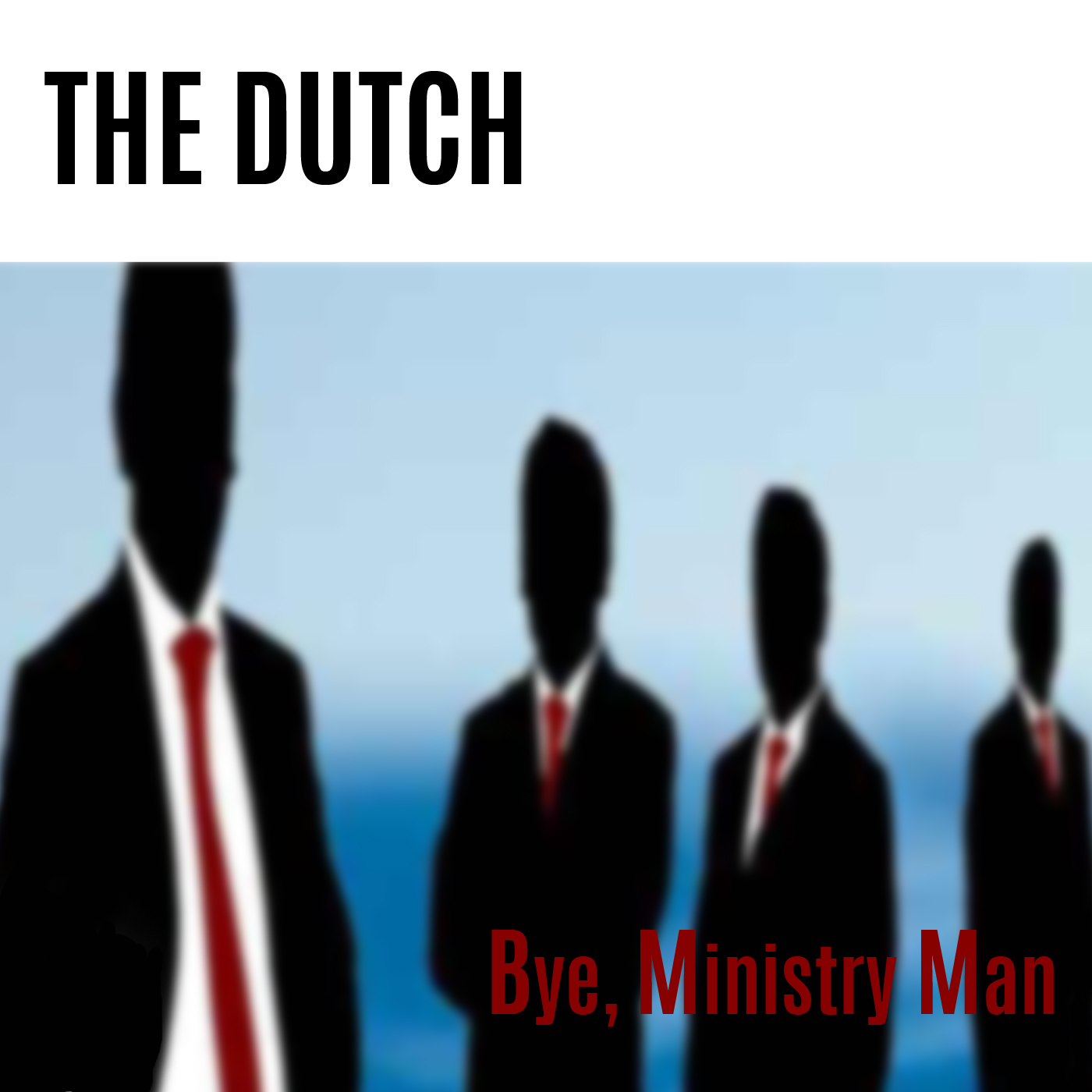 Bye, Ministry Man is the second single released from our new album Four. It was supposed to be a Donald Trump farewell song. But why wait for four years?

Bye, Ministry Man is about all those charlatans spellbinding the crowds with their semi-religious bullshit and populist one-liners. About Geert Wilders and Marine Le Pen. Nigel Farage. Frauke Petry. Gradually, Donald Trump fitted in 100%: an unscrupulous asshole. Mister political incorrectness himself has gotten so far that half of the US is shamefaced to watch the man becoming the next POTAS. The other half believes he will relieve their misery, guarantee their God-given right to carry a gun, protect them against scary neighbours or whatever.
Actually, the man being a one-dimensional cliche, his followers are much more interesting. What inspires these people, why are they blind to the obvious wickedness of their idol? The miners in West Virginia, the angry white men in Ohio, the rednecks in Georgia: once the Donald landed his private airplane on their doorsteps, they were dazzled and mesmerised. When he complained about the measures to protect the ozone layer affecting the quality of his hairspray, they mumbled in agreement.
Some of his supporters, of course, certainly include racist deplorables, to quote his opponent. I saw a man on television who wanted to see sorted out why Barrack Obama was not in the Oval Office at the time of the 9/11 attacks. And a woman who claimed that no fact or argument could dissuade her from her faith in Trump. True disciples who of course in reality have nothing to gain from their vote for the Big Buffoon. But they are with too many to simply discard them as being half-wits. I’m reading everywhere that they are probably the poorer people in America. The folks from the other America, the people Woody Guthrie and Bruce Springsteen have sung about in numerous beautiful songs. They deserve better than the contempt of their idol and the ridicule of his opponents. Bye, Ministry Man is about the terrible seducers. But it’s also about their believers.

Bye, ministry man
I’m counting from ten, yeah
Your mystery plan
Is that all you can, yeah