The days after the burglary, everything felt like an unreal dream. Without our band equipment our future was shattered. The only one who was not on the verge of a depression was Bert. He began frantically searching for the culprit. He had few clues: we had never bothered to write down serial numbers or keep receipts. Only our keyboards were insured by chance, because in the preceding months Bert had traveled with The Parade as a musician in the theater performance Mid-May. An insurance had been part of the deal. For the other band members, including me, an insurance against theft or damage was too expensive. Furthermore, this would never happen to us anyway.

Bert made lists with descriptions and reported the theft to the police. On his bike he rode past all the music stores in Amsterdam. His lists were under the counter of the Sound Shop, Nederland Muziek, Dijkman, Dirk Witte, some music stores we did not even know existed. Even the smallest electronics stores were visited. Stumbling over his words, Bert told his story. “The bastards! But we will not let them get away with it! ” 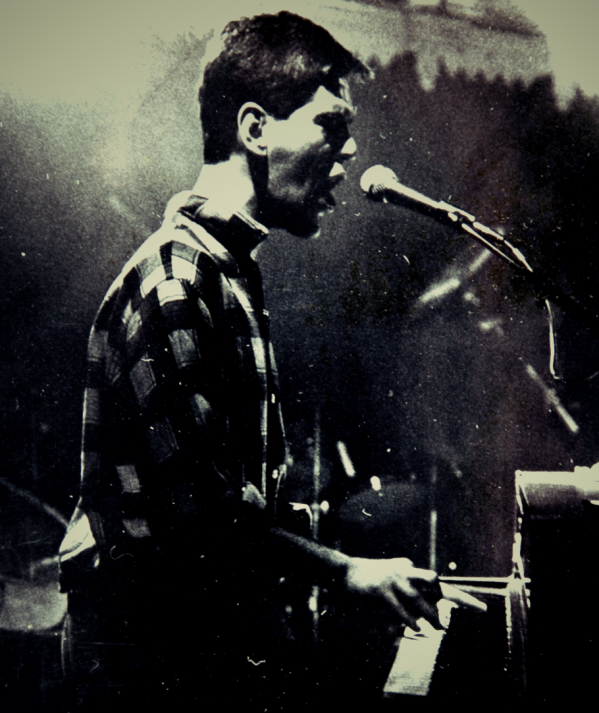 He left the shop not before the owner had promised to call him if any equipment was offered that could have come from the stolen loot.

We thought our belongings had already been sold on the black markets of Germany and France, but to our surprise after four weeks or so Bert got a promising call. An electronics store in the Bilderdijkstraat rang with the news that a young man had stopped by to offer a set of microphones and cables. To be honest, he did not carry the merchandise with him, but if the prospective buyer was interested, he could come and take a look. He lived in the Chasséstraat. As a matter of fact, there was more interesting merchandise there. The shopkeeper said he was not interested, saw the young man driving away in a blue Opel Kadett and called Bert.

The following days and weeks Bert shuttled between the Chasséstraat and the police station on the Hoofdweg. The cops there had little interest in Bert’s story. Without a smoking gun it would be difficult to arrest the suspect. They especially urged him to be careful and not interfere with their police business. It could even be dangerous for him to post in the Chasséstraat.

Bert was not discouraged. Indeed, he borrowed a sheepdog from friends, pulled on his father’s long leather motorcycle jacket and assumed an menacing attitude between eight and eleven o’clock in the evening. Residents of the Chasséstraat felt intimidated and began to call the police. There was a sinister guy with a mean dog pocketing in their street.

In the police office, the situation was grim. The officers were not pleased with Berts interference. In turn, Bert became increasingly angry. He already knew the license plate number of the blue Opel Kadett, and he knew for sure behind which porch our gear was hidden. On the top of his voice, he demanded that the perpetrators would be arrested NOW. What were the detectives waiting for?

But the ways of the police are inscrutable. After a few weeks we were informed that we could pick up our stuff. We did not hear much more, except that the defendant “was on a program”, “was not so bad” and “was on his way back to society.” The police had agreed with him that he would bring the stolen equipment and leave it in the bushes next to our rehearsal room on Saturday morning at 10 o’clock. An hour later we could then pick up our stuff. And so it happened. When we arrived at 11 am at the gym all the loot was there, hidden among the foliage. Down the street was a police van that had obviously overlooked the transaction. Our relief surpassed our amazement about the shadowy deal. Although we have long remained angry about the fact that apparently the burglar could walk away, we had everything back. For some time, among musicians from Amsterdam, Bert was known as “the detective of Amsterdam”. But as the memory gradually faded, he reclaimed his former status as Bert, the keyboard player of The Dutch. Although he continued to wear that long leather motorcycle coat for years.