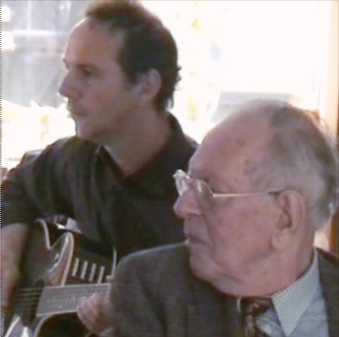 I am the son of Johan Harm Croon, nickname Han Croon, husband of Leny, teacher of classic languages ​​and classical antiquity and writer of the unsurpassed standard work “The classical civilization in outline”. Generations of gymnasium pupils knew that book as “C&A”: shortly for Croon & Van Aken. Dr. A.R.A. van Aken provided the illustrations.

Han Croon was a good father. An old-fashioned father, too — the time when parents did not necessarily have to be best buddies with their offspring. He was like the title of the book: “antique civilized in outline” – erudite, mild, scattered, serious, curious, moderate in everything. Han Croon had no sense for the harassment that every teacher sooner or later has to deal with. The shrewd pupils who tried to spoof him over the years did not get a hold of him: he remained unapproachable, thanks to a social armor.

As boys of twelve, thirteen, Bert and I once accompanied him on an excursion with his fourth grade gymnasium class to the Leiden Museum of Archeology. My father led the way and talked nineteen to the dozen about the classical gods and heroic legends to which he had dedicated his life. A small group of interested people crowded around him. Behind them, Bert and I fled along with a large group of kids who, euphemistically, had not chosen Latin and Greek out of conviction. With every explanation that my father gave with a statue or mosaic, something witty was murmured from our group, wolves howling with the crowd. I can tell you I was embarrassed. But strangely enough, that gradually changed. That was because my father didn’t care about the teasing. Not because he was supposedly above it and would not let himself be known, but because he really didn’t notice it. He was so fascinated by the art treasures that his head stuck in a cloud that protected him from the silly jokes of his smart four-graders. Before the start of this trip I expected that, because of his clumsiness, dad would be defenceless against the mutinous crowd. Now I saw that he was immune to it. And it dawned on me that the boys and girls around us, despite their leg-pulling jokes, kept it quite innocently all together, out of respect for the passion with which the teacher continued to spread his knowledge undisturbed. By the time we walked back to the Rapenburg, my embarrassment had given way to a renewed pride in my father, who could hardly keep his order, but more than compensated for his lack of social sophistication with a catchy love for his profession. Even the most vicious four-grader couldn’t deny that. That’s how I want to be. Hell yes, that’s how I am.

I’ve often wondered how he would have experienced the years after his death in 2001: 9/11, the murders of Pim Fortuyn and Theo van Gogh, the bruising of the public debate. I think he had buried himself even deeper in the work of Homer and Dante.

In 2016 I wrote the song Father, that appeared on the album Four. Now I have an artist name that honors him. I am the Son of Han.