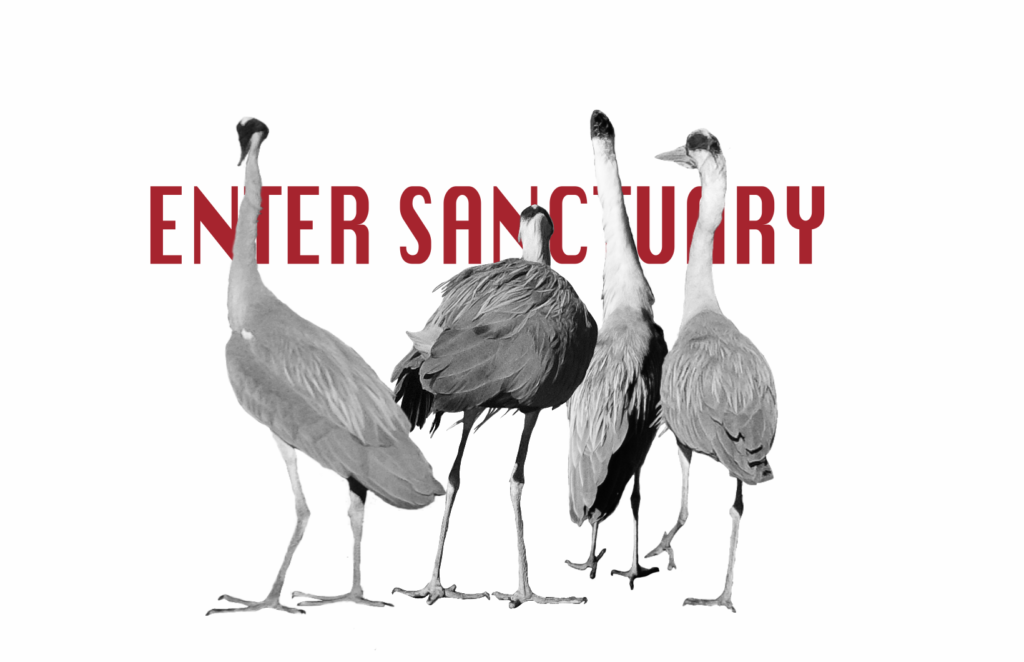 I was about 8 years old and my first presentation would be about herons. Anyone who knows me knows that the preparation was already thorough then. Well-intentioned advice from parents and brothers was ignored. Have you been practicing out loud? Is it long enough? Not at all necessary, it would be an interesting talk about those impressive birds. My story was based on three important pillars. First, there are many types of heron. Second, when herons fly, they bend their necks. That is unique. Thirdly, on the vacant lot opposite the Herman Heijermansschool a few weeks ago a pair of herons brooded in the foliage. You couldn’t get to the nest because they would get angry.

When the teacher asked me in front of the class and told me that my talk would be about herons, I got a little worried. That would have been my first sentence. I repeated it falteringly, after which I explained that there are many types of herons (the first pillar) and that they bend their necks in flight mode (the second pillar). It went well, my classmates were hanging on my every word. While I continued my story I even dared to look at the girls. But the fact that out there, near the school, a pair of blue herons had settled to build a nest (the third pillar) didn’t seem to impress everyone. I pointed again, and some friends followed my gaze. There was no heron to be seen. I hadn’t said that either. ‘You couldn’t get to the nest because they would get angry’, I said.

Slowly I started to panic. My neck felt damp. My text was gone. Already. I looked at the teacher. She felt I needed a push. ‘How nice Hans’, she said. ‘Do you happen to know what herons eat?’ ‘Yes, bread’, I replied, relieved that it just came out. And then: ‘In the zoo of Lima, the capital of Peru, they keep rare golden herons.’ ‘Oh yes?’ said the teacher, surprised. ‘Where did you hear that?’ ‘I’ve read that, miss.’ Which, of course, was bluff. Afterwards I was complimented by everyone. It had been a bit short, though.

We thought about the cover of Enter Sanctuary for a while. The song is about territorialism, building walls, denying the other access to your privileged life, because you are more entitled to it because of your origin, the color of your skin, your nationality, your identity. I struggled with the idea of ​​using the Wailing Wall as a symbol, but how do you represent it in a creative way?

A few weeks ago I was drinking coffee with Jantje Geldof in the Eye restaurant in Amsterdam Noord. Jantje had been a roadie with The Dutch from the age of 16. When we needed someone to operate the stage lights, he raised his finger. That was an important moment in his life. Now he is one of the best lighting designers in the Netherlands, he designed light shows for Wende Snijders, the Analogues and other top artists. Jantje was out of work because of the corona misery and made a virtue of necessity. He followed  a course in photography. He had his iPad with him and showed me some photos he had taken on the street in Amsterdam.

While browsing through his already idiosyncratic work I came across a photo of two fighting herons on the Albert Cuyp. Judging by the light, it was getting dark. The market was finished, around the fish stall were pieces of plastic, cardboard, scraps of fried fish and tails, bones and heads of herrings and other fish. The two herons performed an aggressive dance around the fish waste. I was immediately fascinated by that photo.

An idea matured. Those herons symbolized the state of the country. One of the nicest countries in the world, and yet we are constantly fighting each other out. Always bickering, on the street, on Twitter, on television. Those working class storks, Have-nots who don’t allow each other anything, were said to adorn the cover of Enter Sanctuary. As a depiction of the bizarre battle that has erupted everywhere, about identity, migration, alternative facts, about everything.

It wasn’t until days later that I realized that photo had popped out for yet another reason. My first speech, the first time I performed in front of an audience, came back to me in a dream. When I woke up I felt the clammy sweat on my neck again. At that time, in a classroom on the second floor of the Herman Heijermansschool, a heron must have nestled in my head. Now he came out, neck crooked, beak open, snarling at the other: ‘Stay out of my territory, you have no business here. Move on, dude. You know what, to Lima.’